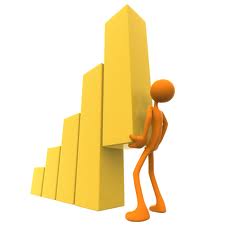 The Real Estate Data from FHFA is interesting to say the least! I logged into the site and downloaded their current report and found out that their numbers are from conventional purchase and refinance appraisals across the country. According to their numbers,the USA seasonally adjusted house price index for the Q1 2012 was up .48% from the same quarter one year earlier. Doesn't seem like much to shout home about does it? Well, it is a big deal when you see that this .49% increase actually represents a 3.05% increase over Q4 2011! Also this number is the first positive increase in the national price index since Q2 2007!! What about Albuquerque? Albuquerque MLS has experienced a -15.6% annual appreciation since Q2 2007. We are not out of the woods just yet but we have been growing in the right direction for the last 2 Quarters! There are roughly 2836 residential properties for sale in Albuquerque as of 5.19.12. According to the Greater Albuquerque Association of Realtors, there has been 1549 closings Q1 2012. If this were the end of the first quarter it would indicate less than two month's supply of homes available!! Based on the above stats, it seems that the supply is beginning to reach a critical point which will lead to rising home prices. In other words: Now is the best time to buy or relocate to Albuquerque!!

by Tim Fish
Posted by Unknown at 9:30 AM

Welcome to our Albuquerque NM Real Estate blog! We hope you will enjoy learning about our beautiful city. Please bookmark and share our blog with your friends, and feel free to comment. We'd love to hear from you!